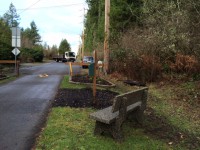 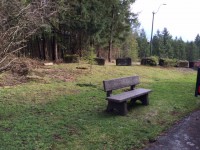 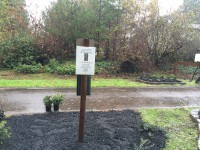 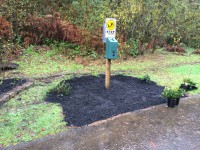 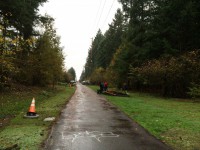 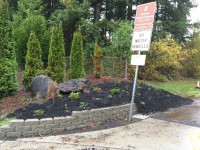 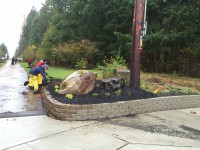 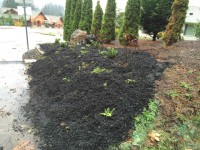 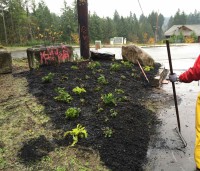 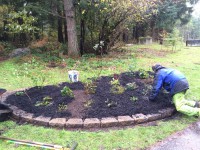 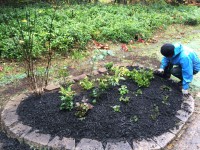 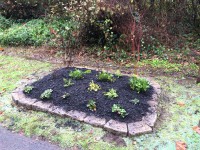 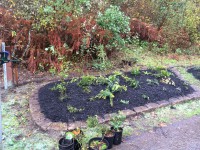 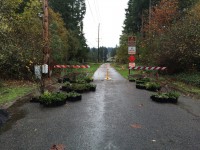 How Decatur Pathway Park came to be.

A long time ago, in a galaxy far, far away…no, wait, that’s another story.  Here’s the real story.  The Southwest Olympia neighborhood has had a “diamond in the rough” since the neighborhood was first platted over 50 years ago.  (Disclaimer; I have only been in Olympia since 1970 and a westside resident since 1999 so my history may not be totally accurate.)  Maps from 1937 show a connection from Decatur to the Simmons Lake area, now called the Ken Lake neighborhood.  By 1949 there was a direct connection between Harrison and Division to the Simmons Lake area, it was then called Mottman Road.  The 1973 maps showed Decatur ending in a gravel pit at what is now the Auto Mall, the new US 101 highway cut off the access from Decatur to Simmons Lake.   It had never been more than a dirt road until it was paved up to George Johnson’s house at 1707 Decatur.  With development increasing, the new Capitol Mall, the Auto Mall, Cooper Point Road and Black Lake Blvd became two of the main arterials for West Olympia    The Kline’s had a house at 1504 Decatur St SW, built in 1918, that had several acres with cows and other farm animals.  Much of the southern portion of Decatur St and Southwest Olympia was undeveloped, consisting mostly of farm land and forest.

By 1980 West Olympia was becoming a very desirable place to live and work.  A building boom was happening on side streets off Decatur.  10th Ave SW to 15th Ave SW were all built up between 1980 and 2000.  My house on 15th was built in 1989.  With development came increased traffic.  The intersection at Black Lake Blvd and Cooper Point Rd had become what is classified as a “failed” intersection, meaning traffic levels had exceeded the intersections capacity with backups in all directions.  The city had a plan to open Decatur St to traffic from the newly created Auto Mall to relieve congestion at Black Lake Blvd and Cooper Point Rd, a plan that the city had been working on for many years.  Along came the Decatur Raiders, a scrappy group of Southwest Olympia neighborhood activists, some of whom were and still are members of the newly created (1980) South Westside Olympia Neighborhood Association or SWONA.  Their main purpose was to prevent the city from opening Decatur St to traffic.  After a long battle, many city council meetings and written comments to city council members, finally a break.  In late 2014 the city amended its Comprehensive Plan and deleted the language that referred to opening Decatur St SW and 16th Ave SW to vehicle traffic.

With the taste of victory in our mouths and the fate of the pathway at the south end of Decatur St finally decided, SWONA VP Phil Cornell saw an opportunity to transform the southern entrance of our neighborhood.  The city had a new program called the “Neighborhood Pathways Program”.

” The Neighborhood Pathways Program was developed as a result of a City Council initiative to improve neighborhood walkability through a program that is based on neighborhood priorities.” (https://olympiawa.gov/community/transportation-options/walking/neighborhood-pathways-pgm).

The Northwest Olympia Neighborhood Association, NWONA, had recently taken on a project to transform a pathway from the east end of Woodard Ave to West Bay Drive.  It is a thing of beauty, transformed from a weedy, overgrown, steep path to a clean path with switchbacks to make it more navigable.  SWONA saw this as an opportunity to improve our neighborhood and make our community more bicycle friendly.  The pathway at the end of Decatur is a major route for bicyclists and pedestrians who use it to commute to destinations like SPSCC and the Thurston County Courthouse.  It has been a featured spot in the city sponsored “Bike-to-work” events of the last several years.  Some years back the city “improved” the path by adding some bollards and an asphalt strip down the center.  Although this was an improvement over the uneven dirt path, it was not very inviting and was a constant target for graffiti and vandalism.  Several years ago, SWONA received a grant to create four neighborhood “pocket parks” - small plots of land used to create interest and pride in the neighborhood.  SWONA created parks at;

The Poetry Post is at the beginning of the pathway that SWONA has transformed with help from the city and the Neighborhood Pathways Program, we call it “Decatur Pathway Park”.  We have signed up 30 volunteers who have put in over 425 hours so far creating 6 planting beds along the pathway.  The beds have been planted with almost 300 plants, all native species, selected for drought tolerance, low maintenance, and attractive foliage for birds and people.  The city hired a contractor to improve the south entrance to the path and place 3 pathway lights, this will be completed by the end of November.  Completion is tentatively scheduled for Dec 31, 2015 with some work to continue into next spring, the original Poetry Post has fallen victim to weather effects and vandalism and must be replaced.  We are working on a design and looking for skilled carpenters to do the work.  We also have to order and install two benches, one at the Poetry Post and one at the south entrance to the pathway.

This project has shown what can be done when a dedicated group of volunteers work with the city to improve a neglected area of the neighborhood.  Information about the pathways program can be found at;

It has been a fun, frustrating, rewarding, challenging, satisfying job to coordinate with the city and our volunteers on this project.  I am glad to see it finally coming to completion.  There is no other pathway like it anywhere else in the city and next spring, when all the new flowers are in bloom, SWONA will host a “Grand Opening” celebration.

Webnode, an innovative sitebuilder
Have a captivating website for free!
Get started